Training of cervical proprioception in addition to manual therapy 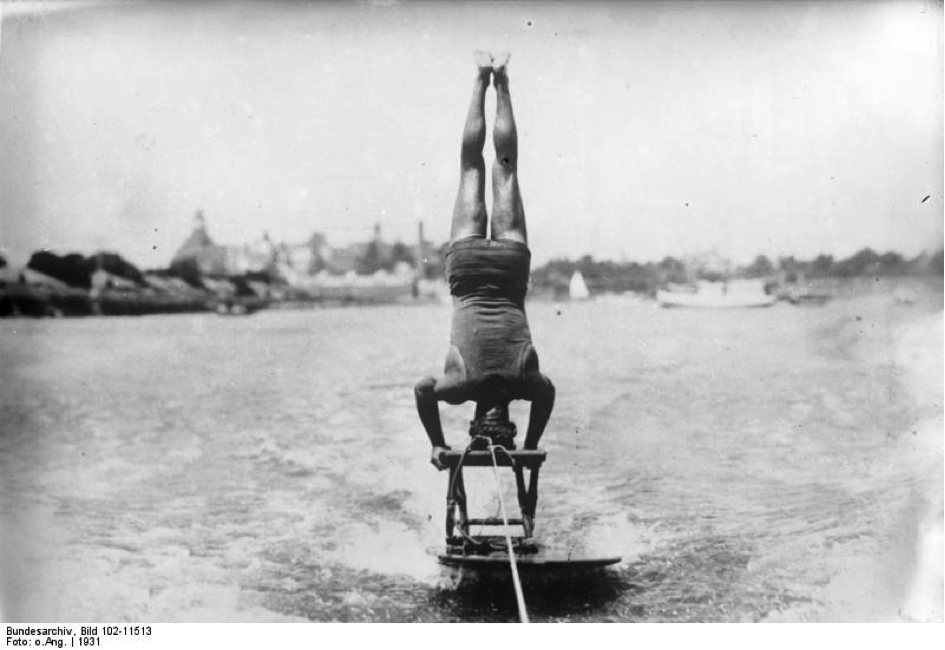 What to do, when a patient with unspecific neck pain feels ok after some manual therapy techniques, ergonomic instructions and training of the deep neck flexors, but after two weeks, the same symptoms are back again? Screening of the thoracic spine, first rib, shoulders, TMJ and upper spine show no comparable signs…

Oh, sensorimotor control of the cervical spine is not yet checked! How to test and treat proprioception of the cervical spine? Do our patients have to train the headstand on a wobble board now? Maybe there are some good alternatives! Here some possible answers from articles about this topic:

Especially in the upper cervical region, a high density of muscle spindles provides the proprioceptive input for neck movement.

Various systems are coordinating balance, head neck awareness, movement sense of the cervical spine and head-eye-movement control [1,4]. Where different systems have to do their job, sometimes things may go wrong and “trouble is waiting at the front door”.

Altered afferent input in the cervical region might be a cause of following symptoms: dizziness, unsteadiness, visual disturbances and altered postural stability, cervical proprioception and head eye movement control [4,10]. But also patients, who are not complaining specifically of symptoms like dizziness, unsteadiness or visual disturbance, can suffer from sensorimotor control deficits [4,9].

Disturbance of proprioception may be an important factor in maintenance, recurrence and increase of symptoms [4].

Causes of impaired afferent input can be musculoskeletal disorders such as trauma, swelling, pain, ischemia, fatigue, as well as pathophysiological changes of the peripheral or central nervous system [1,4]. This can lead to decreased sensorimotor control, which can furthermore provoke worse long-term effects [4]. Inhibiting the causes and improving proprioception might be a key for a positive treatment effect [4].

Therefore is suggested, that each area of sensorimotor control should be investigated in patients with neck pain [4,9]. Various assessments and treatment methods have been developed, to provide a tailored management for neck patients:

The sensorimotor deficits found, can be trained by tasks similar to the tests. For example:

For progression, all sensorimotor tasks can be performed in standing position and on stable or unstable surface [4].

Specific training of proprioception is recommended to perform without provoking pain, swelling or fatigue – as these are the causes for impaired proprioception [1].

In a recent RCT there was no difference found between tailored and random treatment of chronic neck patients [8]. From my point of view the most important point is to stick to the clinical reasoning process. We can try to treat the dysfunctions we found and check with reassessment, if the method chosen is useful for our patient. And if headstand training on a wobble board is indicated for some reason … why not? But please take a picture!