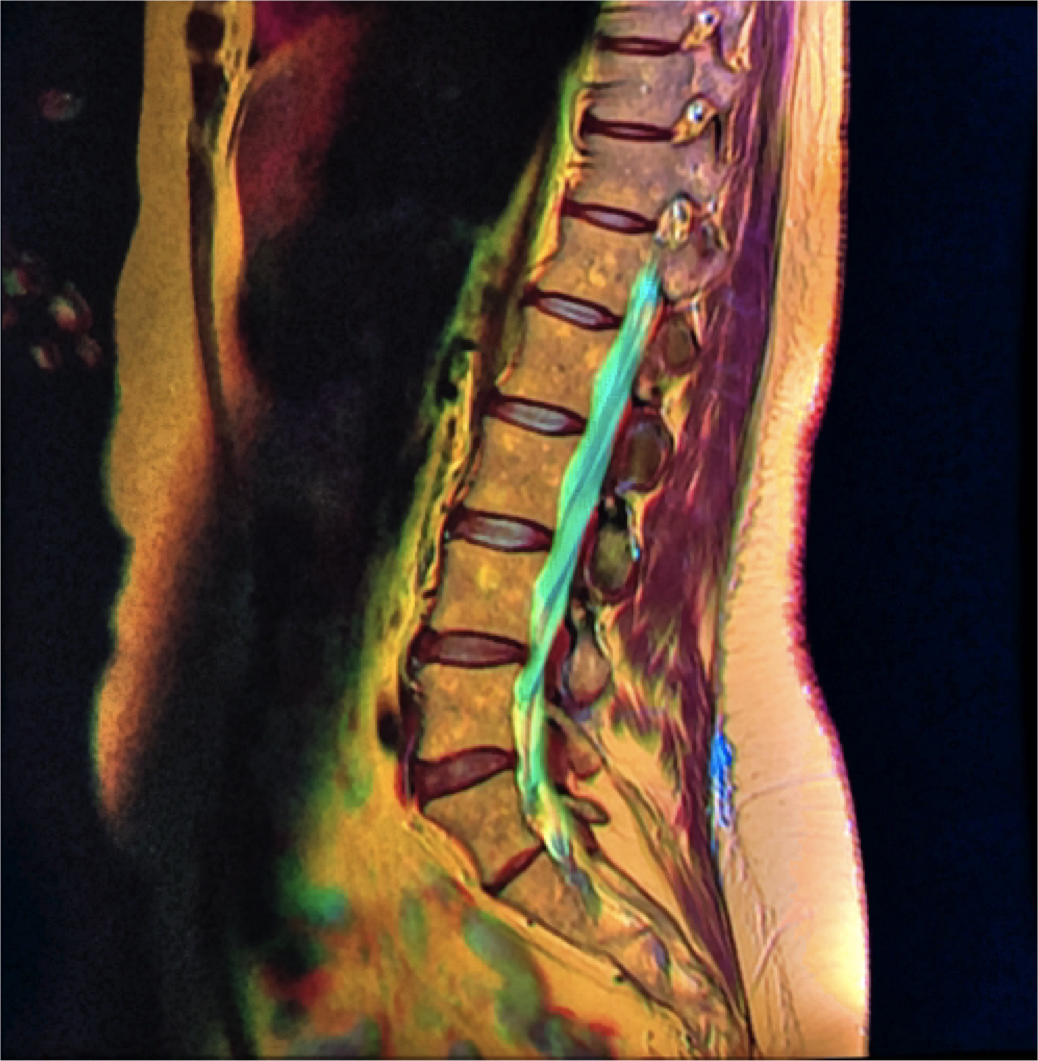 In a study recently published (Herzog, Elgort, Flanders, & Moley, 2017), the same patient, a woman, 63 years old, with a history of low back pain and L5 radicular symptoms in her right leg visited 10 different imaging centres in a period of three weeks. The findings of the MRI´s were compared to a reference exam (two of the authors, independently reviewed the MRI findings and gave a final diagnosis by consensus).

Some of the RESULTS were:
• There was an important variability reporting MRI pathologic findings.
• There was a high rate of interpretive errors. It means that some pathologies, important or not, were not described in the MRI reports.
• 49 different pathologic findings were described among all the MRI reports (e.g.: disc bulge, disc herniation, nerve root involvement, facet degeneration, central stenosis, lateral recess stenosis, etc.).
• NONE of the 49 findings were reported unanimously in every of the 10 MRI reports. Only one finding (anterior spondylolisthesis) was reported in 9 out of 10 MRI reports (Table 1).
• There was poor agreement on the interpretation of the findings. 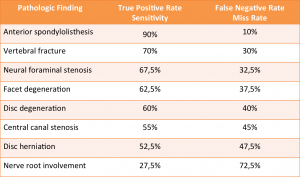 Here we have the CONCLUSIONS I have drawn after reading this paper:
• The radiological diagnosis really depends on the centre a patient visits.
• There is an important variability in the interpretation of MRI findings.
• The rate of errors in MRI interpretation is high.
• To base the treatment or recommendations on a MRI report could be negative for the patient´s outcome.
• Some of the patients we usually see, firmly believe in the MRI report (in some countries as Spain, in the majority of the cases, it is the medical diagnosis) and, in this paper, we can see the findings reported could be a false positive or a false negative (the miss rate is high).
• Finally, I would like to conclude that we cannot focus only on the interpretations of an MRI report (theoretical side of the brick wall), and to highlight the importance of the clinical side of the brick-wall paying attention to the patient´s complaints.