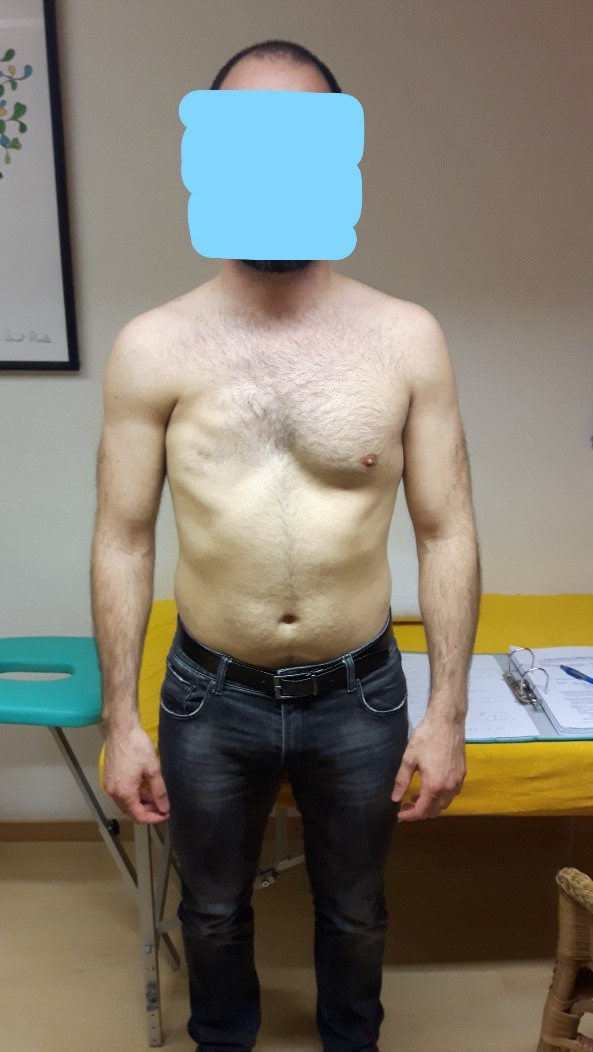 In one of our recent courses we had an interesting observation during inspection.

(see picture in the title)

A marked atrophy of the pectoralis major muscle and absence of the nipple was found. 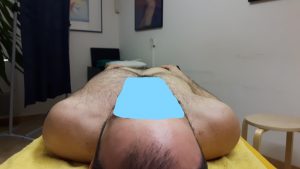 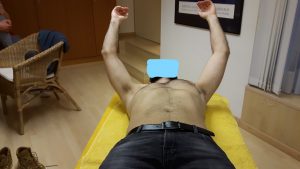 The participant told that he had the “Poland syndrome”.

For more information, feel free to look it up in Wikipedia.

In his case it mainly affects the sternal portion, which tested very weak (3 out of 5) 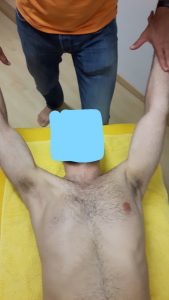 whilst the clavicular portion tested 4.5 out of 5. 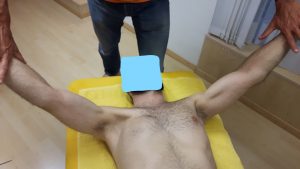 I have often found that patients who have a weakness of the serratus anterior muscle substitute with hypertrophy of the pec major muscle.

In his case however testing of serratus did not show any compensation mechanism.

What was also remarkably for me, is that he did not complain of any shoulder dysfunction and/or weakness during sport although when he was younger he did quite intense swimming training.

So, for me another nice example of the enormous capacity of the body to adapt to dysfunctions.